Natal Aerial Spray has a large area of operation including Central and Southern KwaZulu-Natal and Northern Parts of the Eastern Cape. 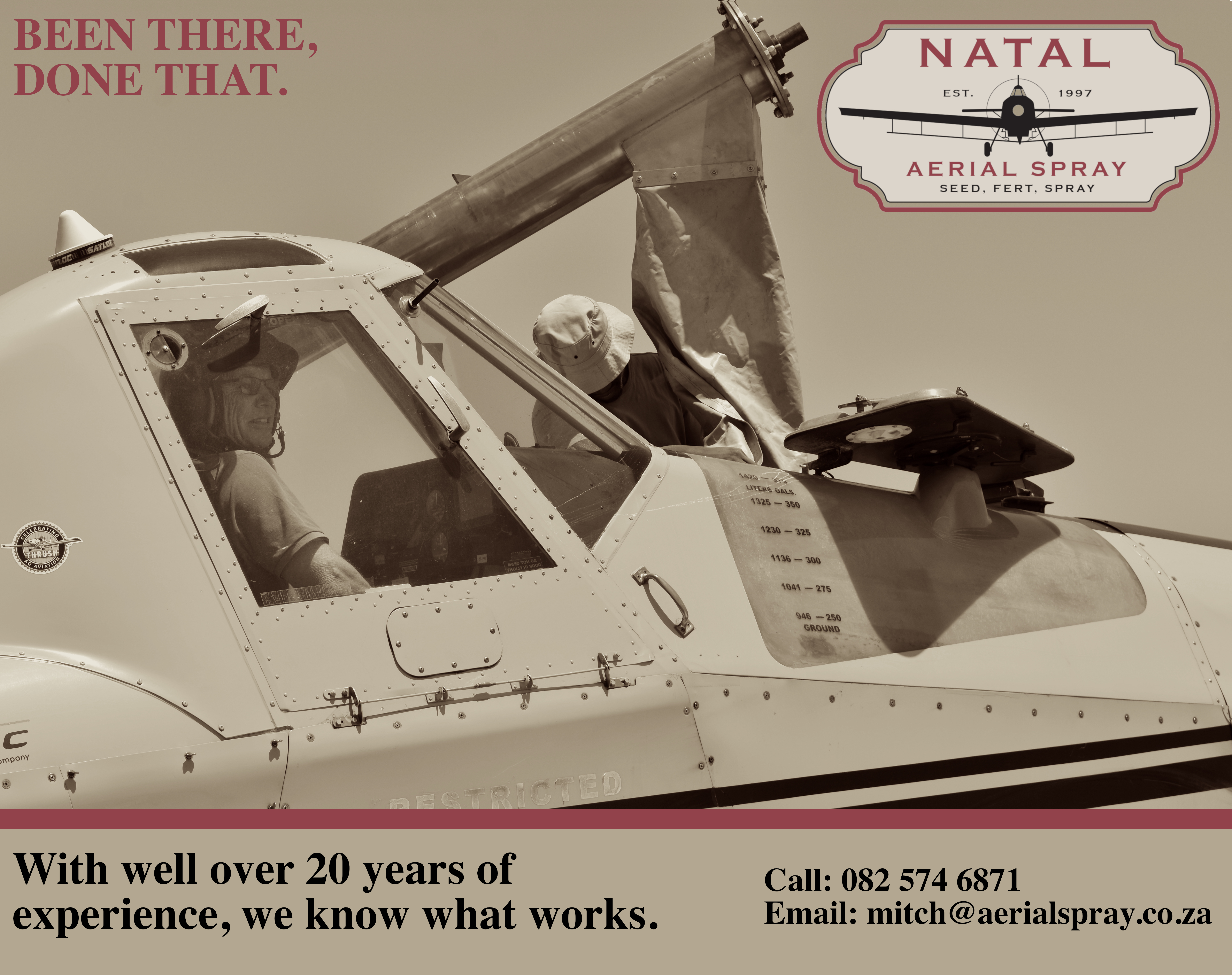 We are fully licensed under Part 137 with the South African CAA for aerial application, aerial works & banner towing. 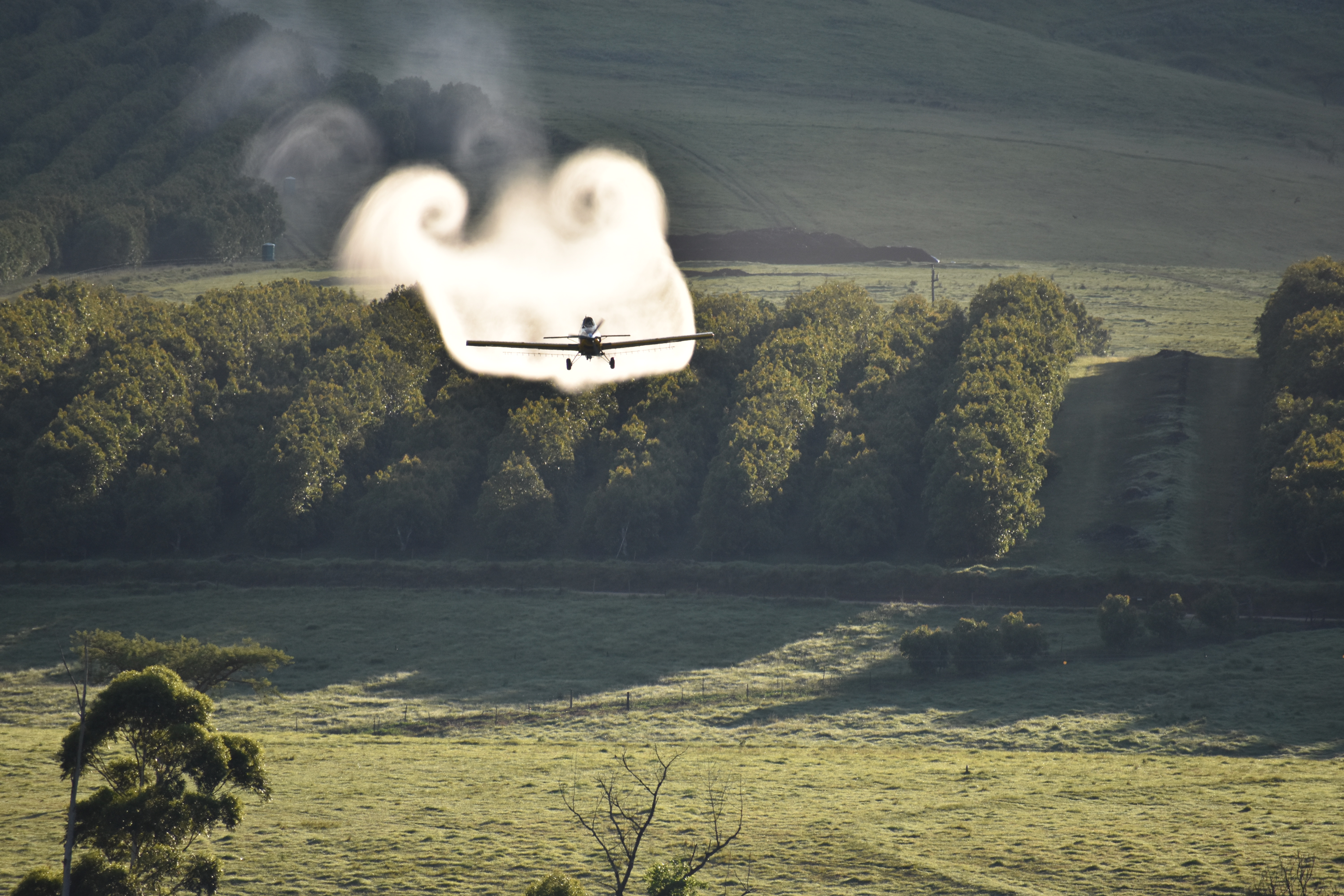 The application of liquids to crops these can be pesticides (including herbicides, fungicides, insecticides etc.), ripening agents and liquid fertilizers. In many areas this is the core of our business. 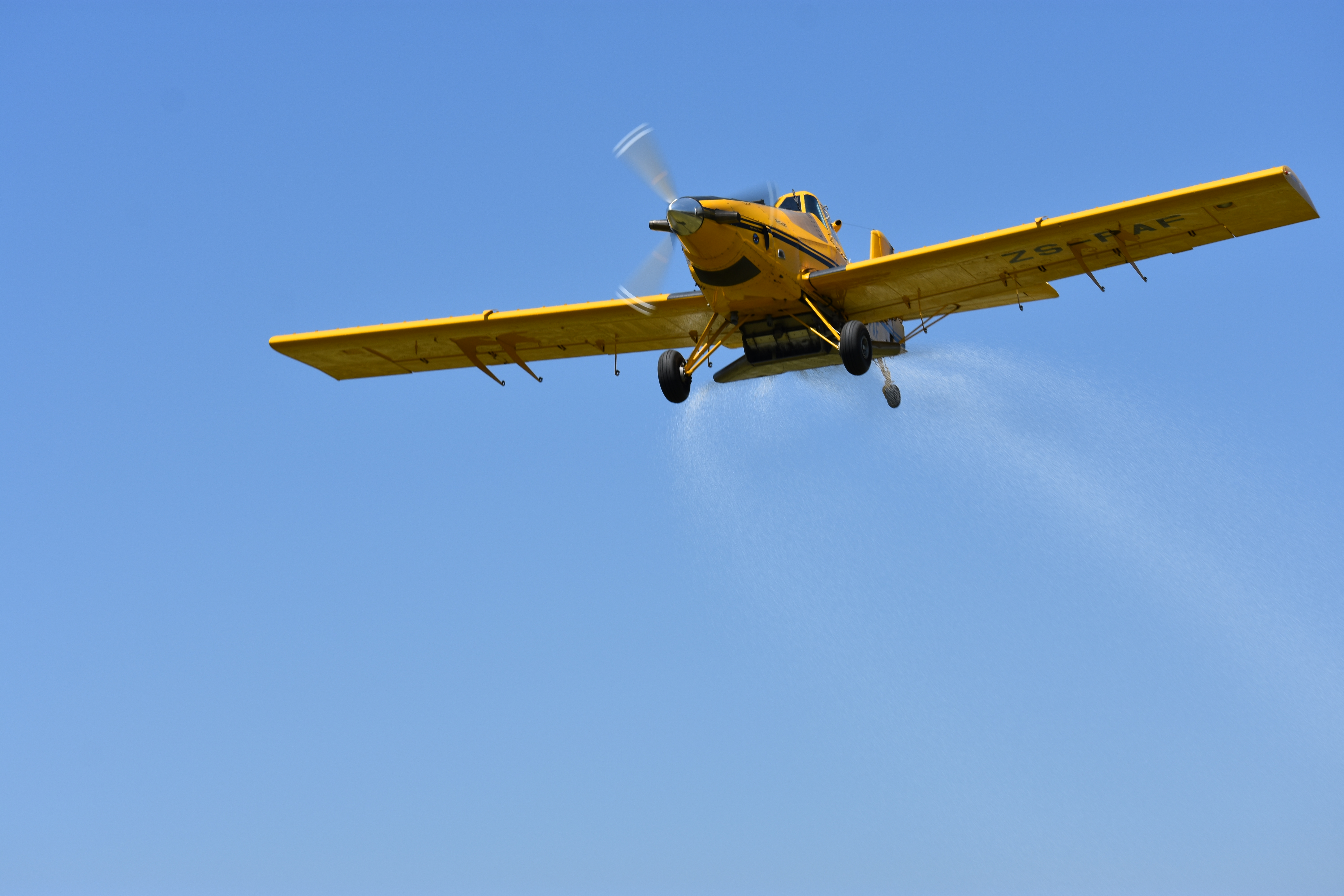 The application of solids in the form granules, can be, fertilizers, snail bait and pesticides. An increasingly popular product is the application of granular fertilizers to pastures,maize, sugar cane and soya at critical stages. This has been shown to significantly increase yields when timed correctly. 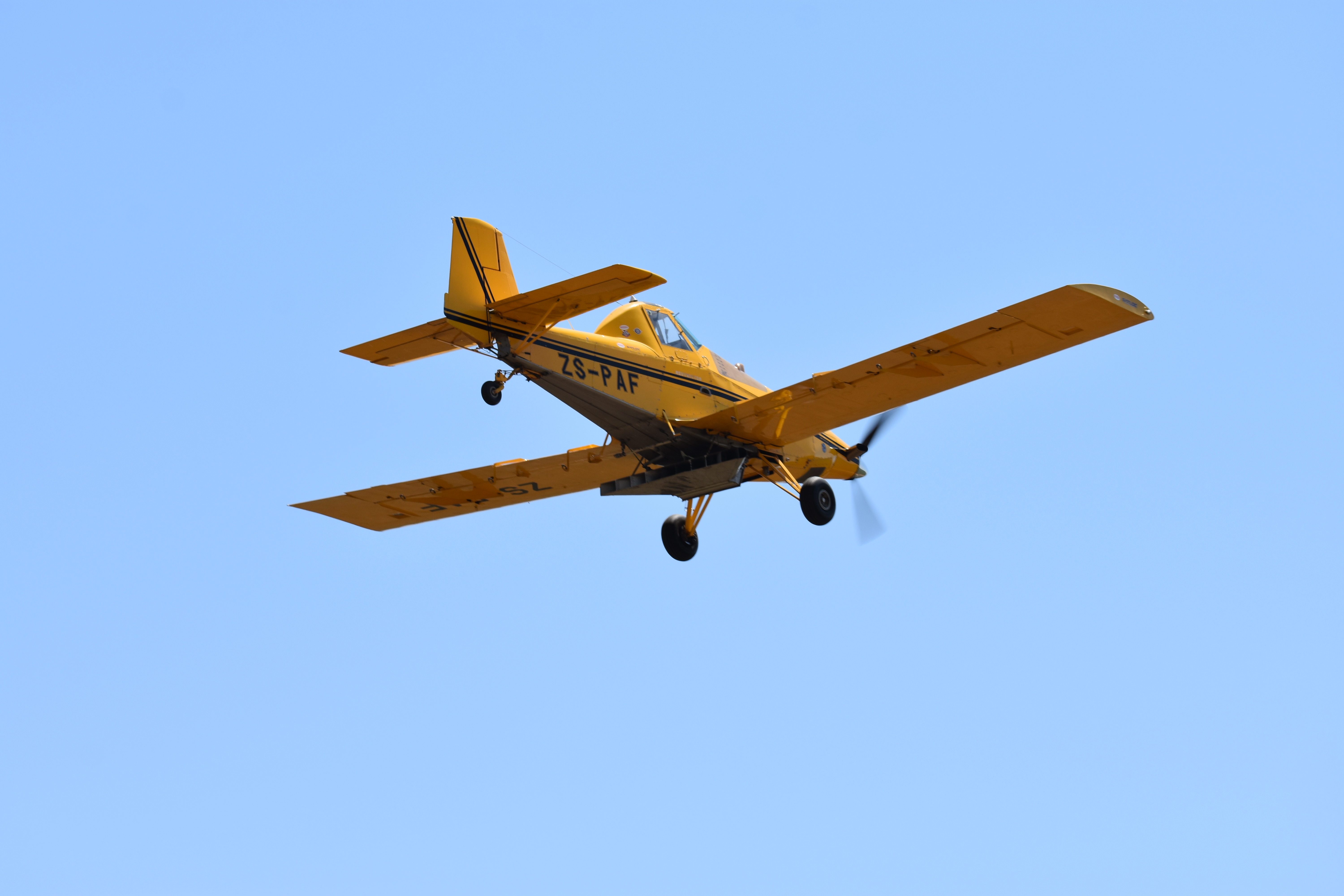 A growing part of our operation is the aerial seeding of pastures over standing crops, particularly maize. This allows rapid spread of the pasture species as the maize is harvested, for farmers utilising a winter cover crop. 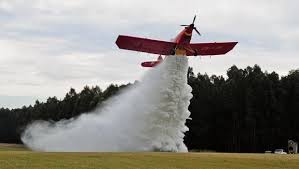 At present our Thrushes are contracted to KZNFPA for the fire season from June through to October. We are used primarily in the control of forest fires across the province. 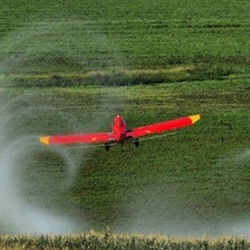 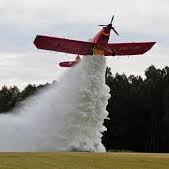 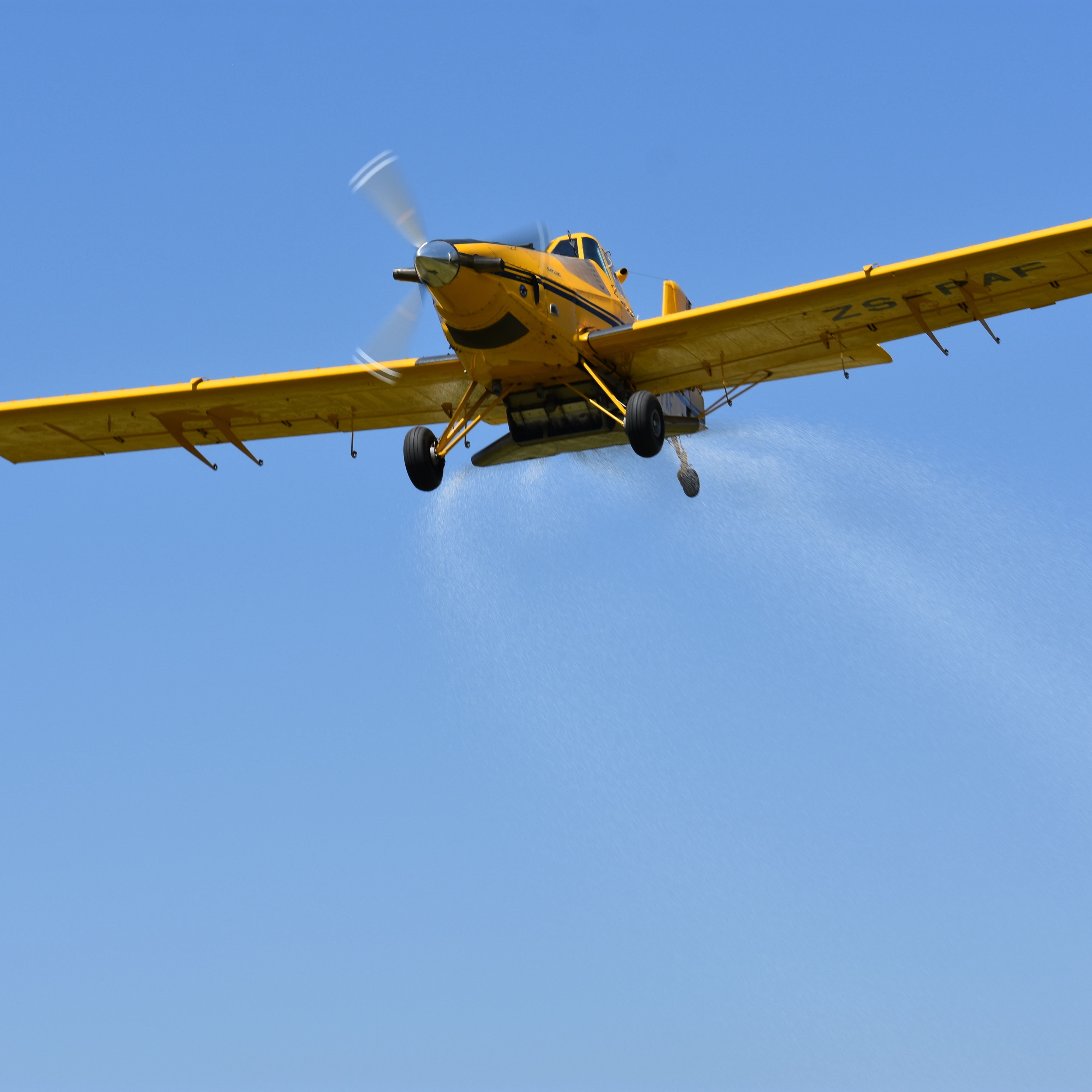 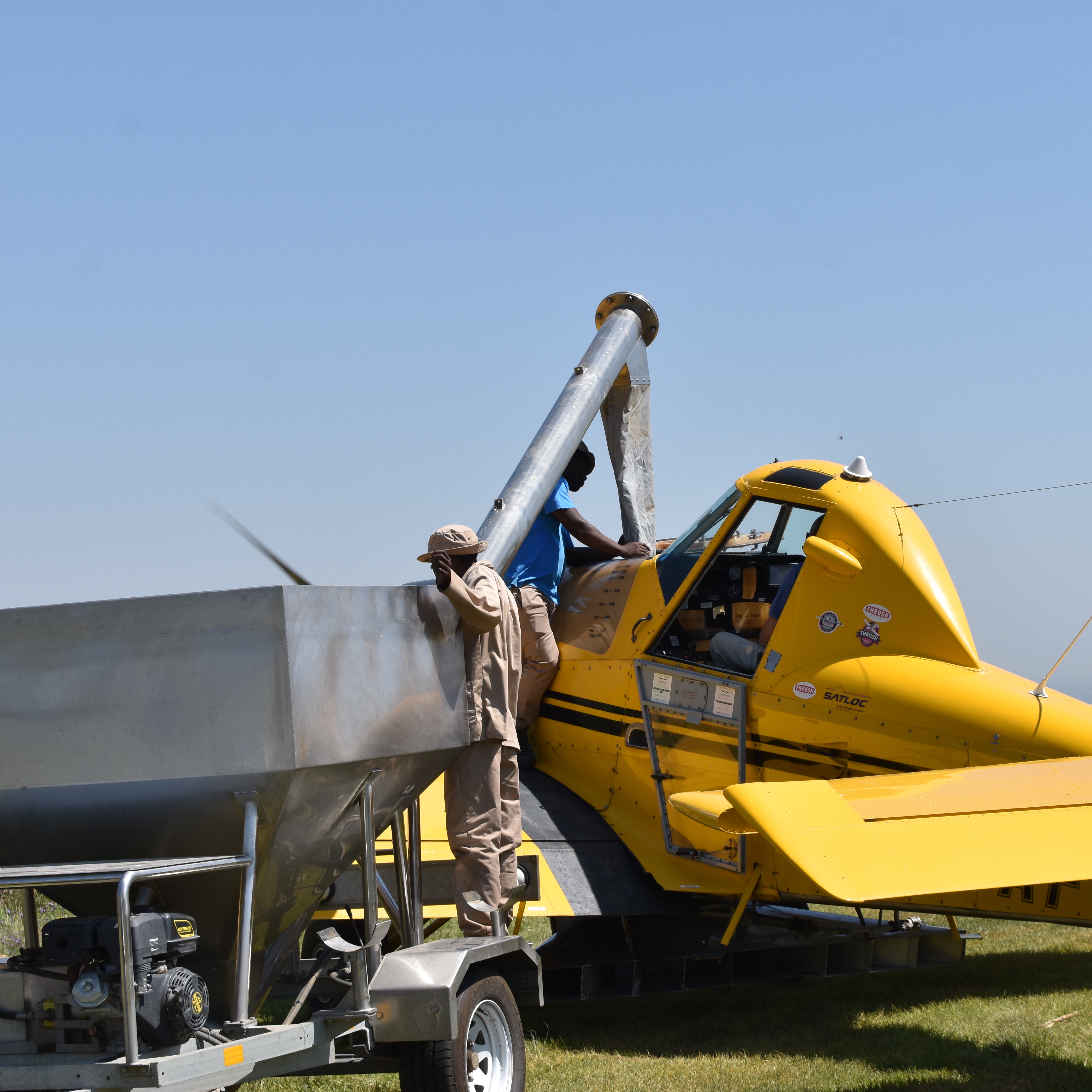 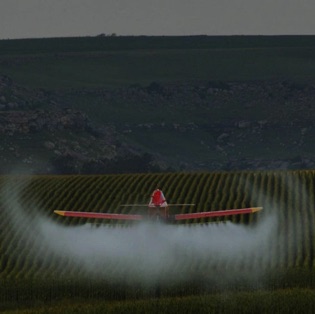 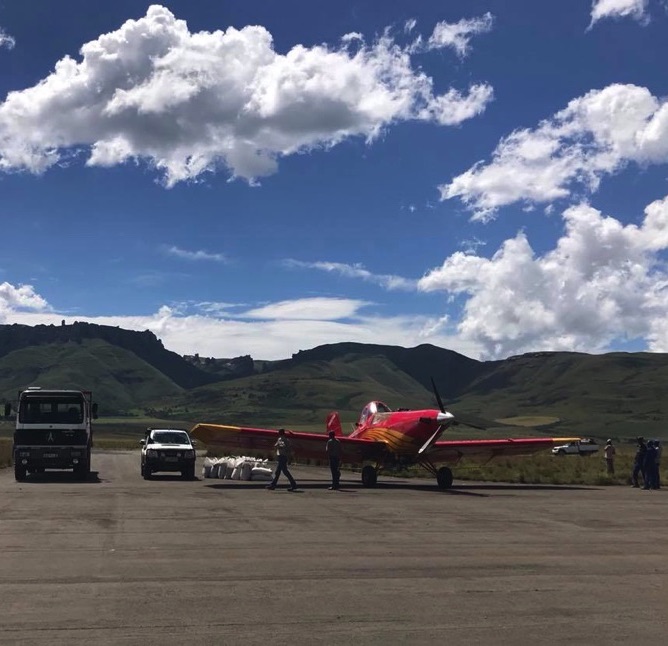 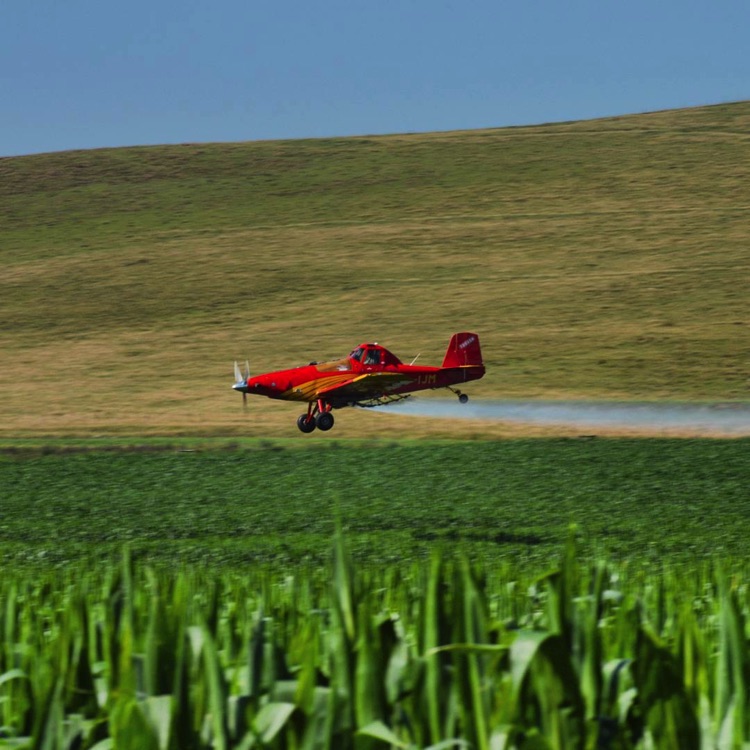 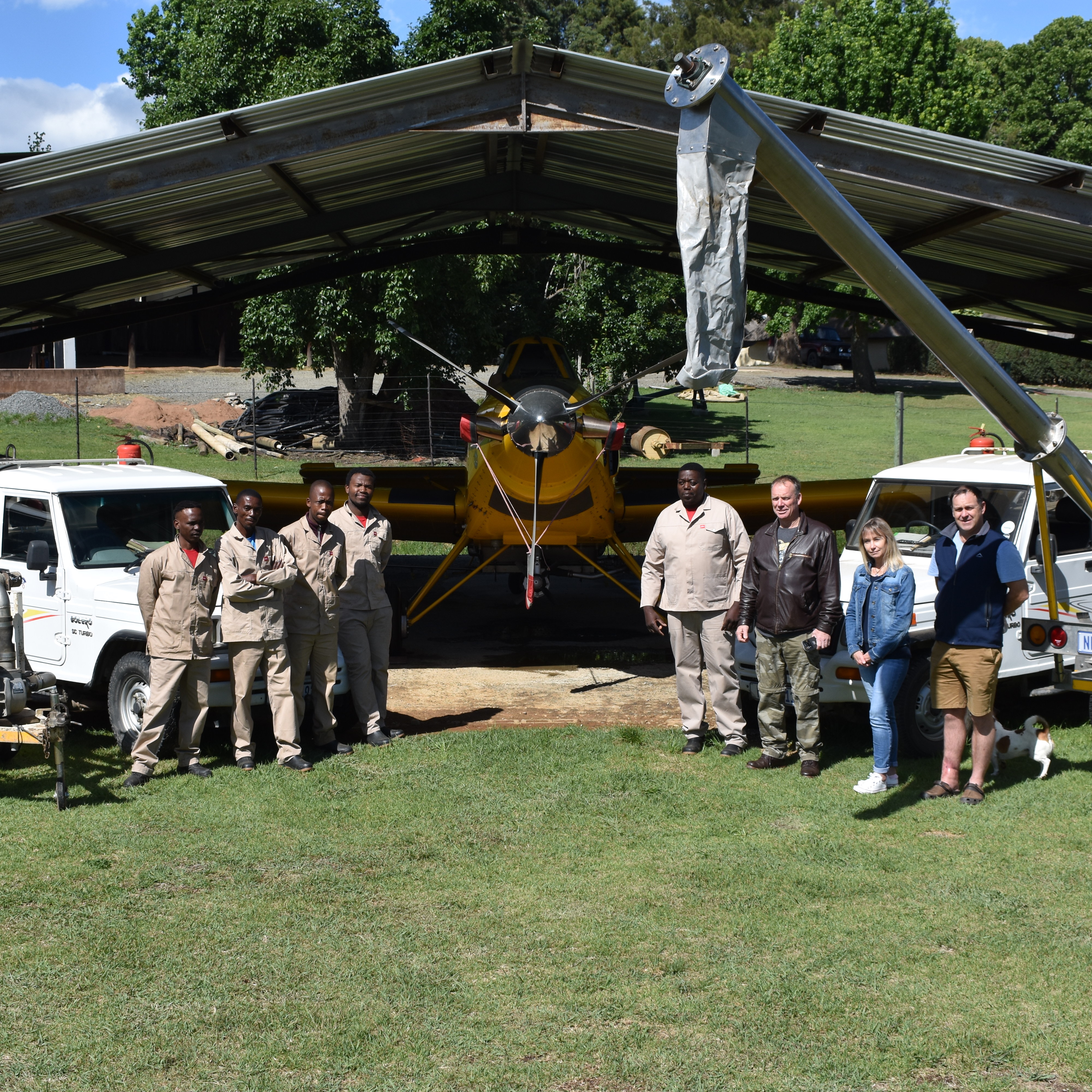 The Natal Aerial Spray Team at our base in KZN 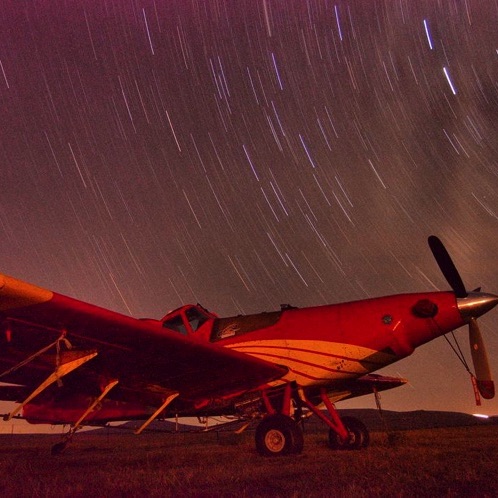 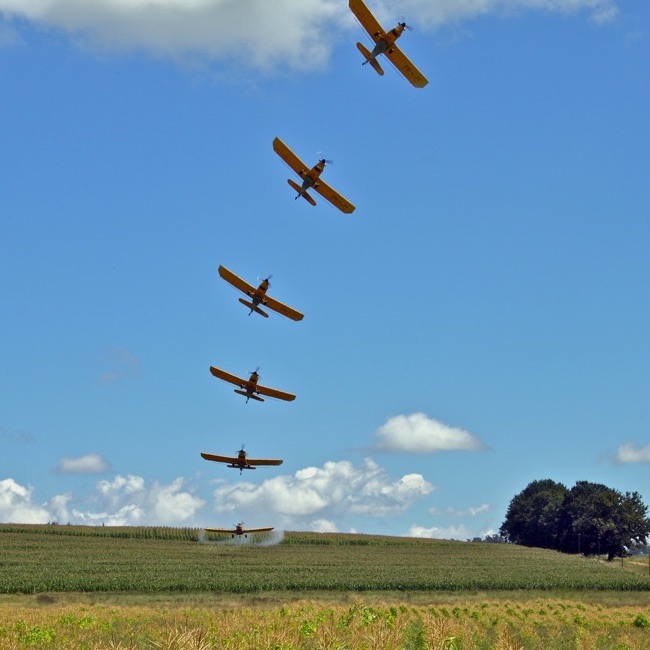 ZS-LJT turning after a spray run over maize 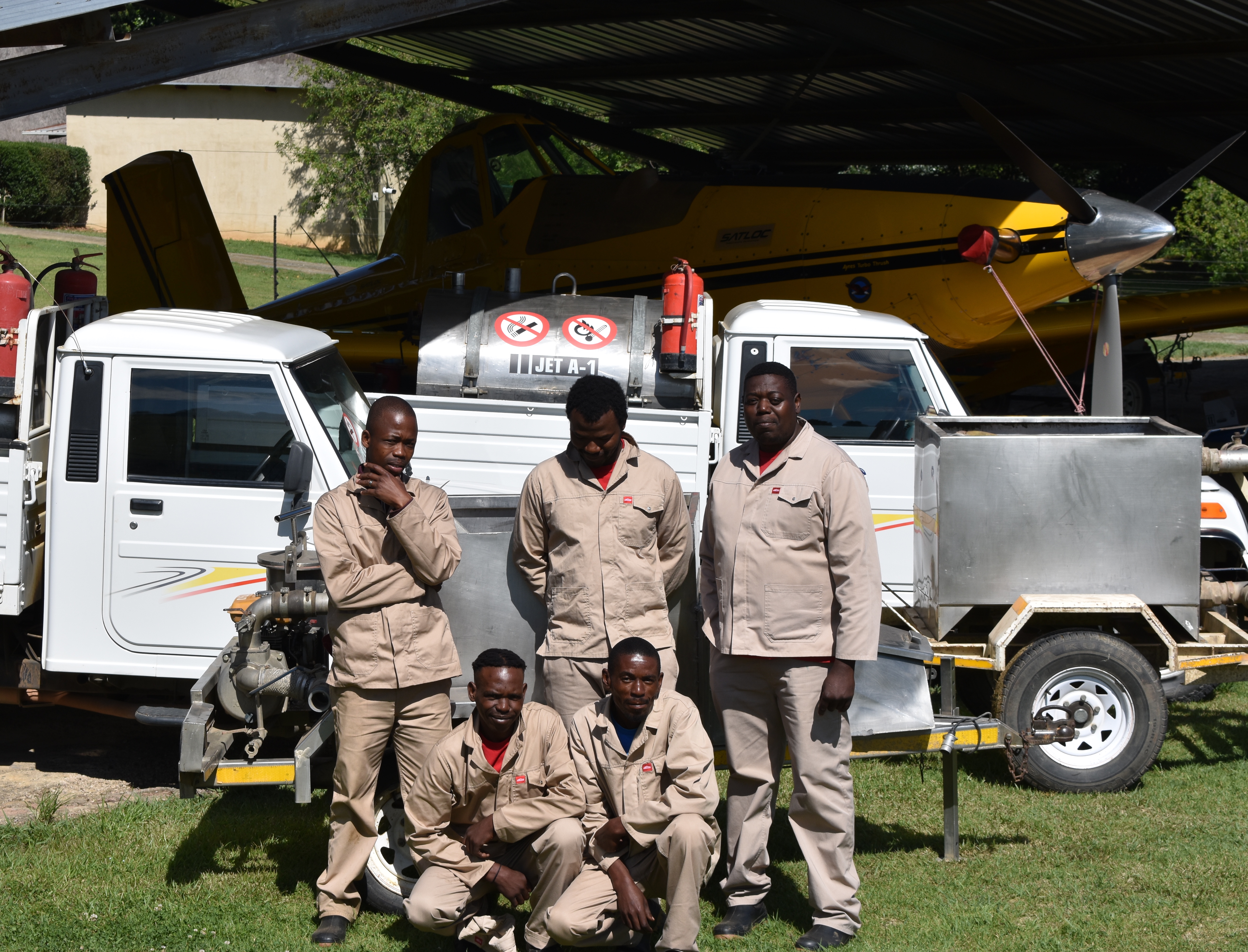 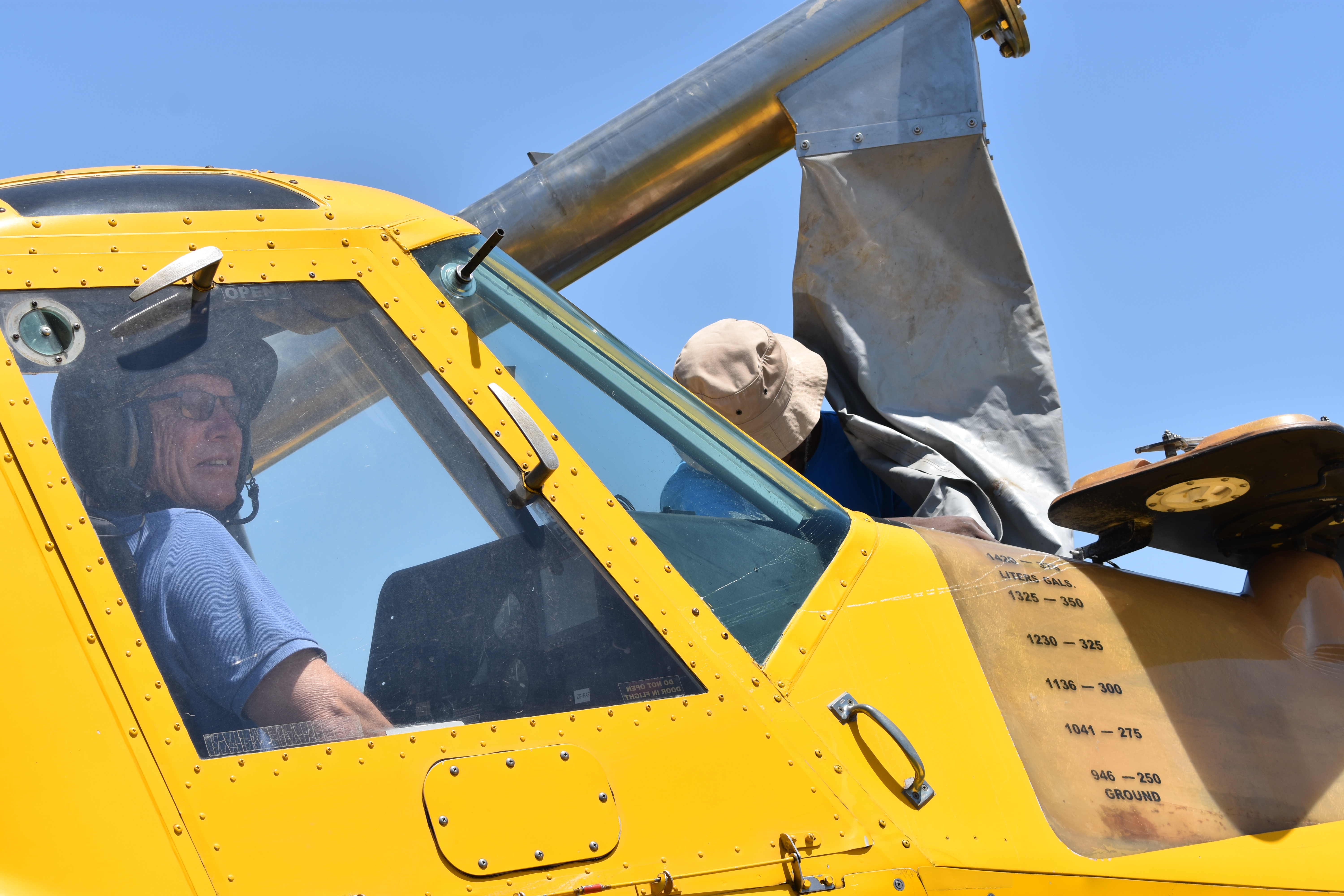 Mitch Spall is currently the only pilot, with over 25 years of spraying experience in KwaZulu-Natal 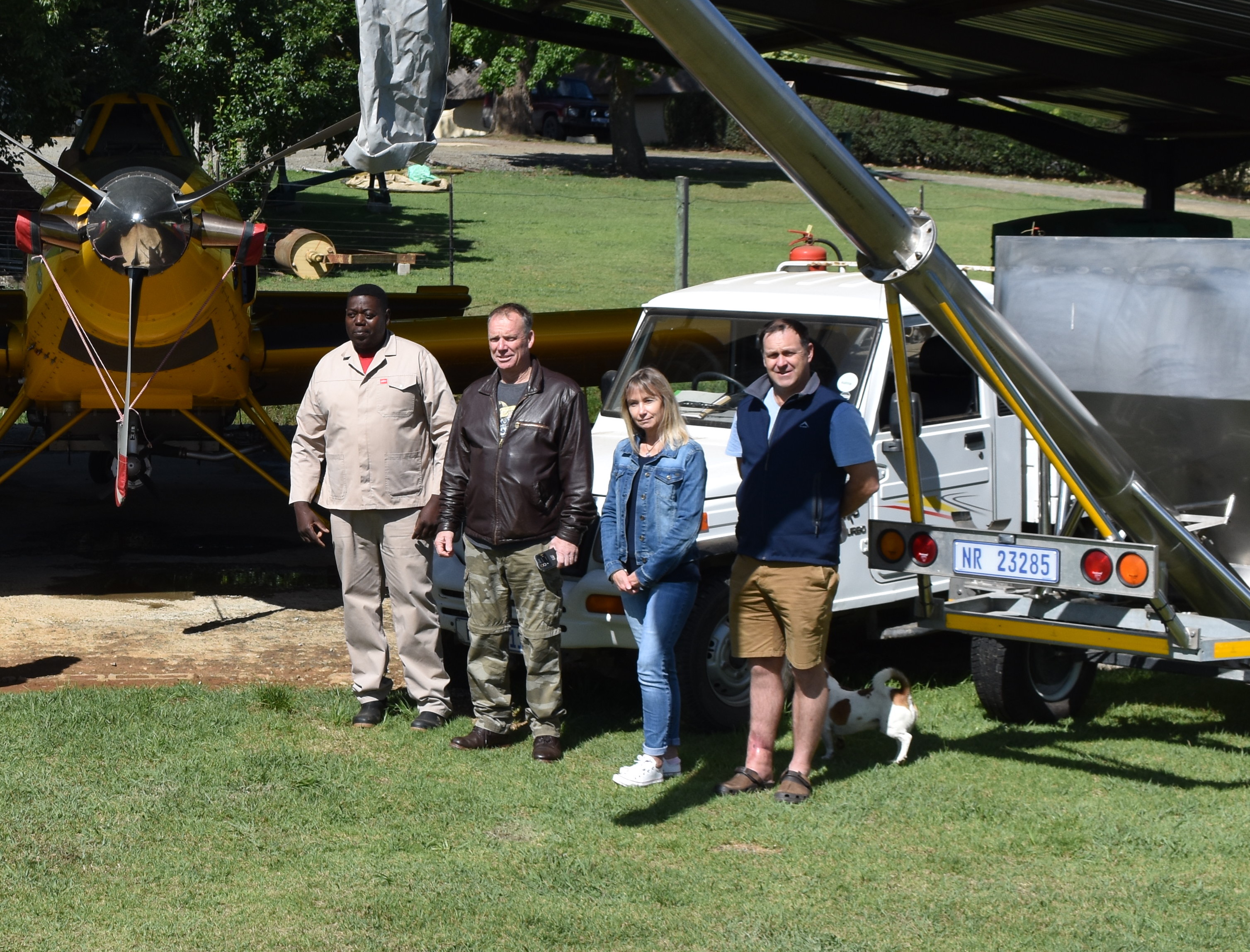 Aerial application is the use of aircraft to seed, fertilize and treat crops with protective products to control weeds, insects and fungi. It is used on conventional cropland as well as biological control. Aerial application is also used to treat forest-land, rangeland and pastures for livestock. It is an important part of food, fiber and bio-fuel production.

As a general rule the more advanced the crop the greater the damage and the wetter the ground the greater the damage. When crops are advanced the damage is multiplied, as the vehicle chasis tend to damage the crop as well as the wheels. Damage will be the greatest as tyre width increases and boom width decreases. Crops often recover visually from being run over but often these areas lag behind as grain ripens later or not at all. Damage will obviously vary with crop type, crop stage and other variables but a rule of thumb seems to be an average of 40% damage (ie. yield loss) to areas that are run over.

Your message has been sent. Thank you!